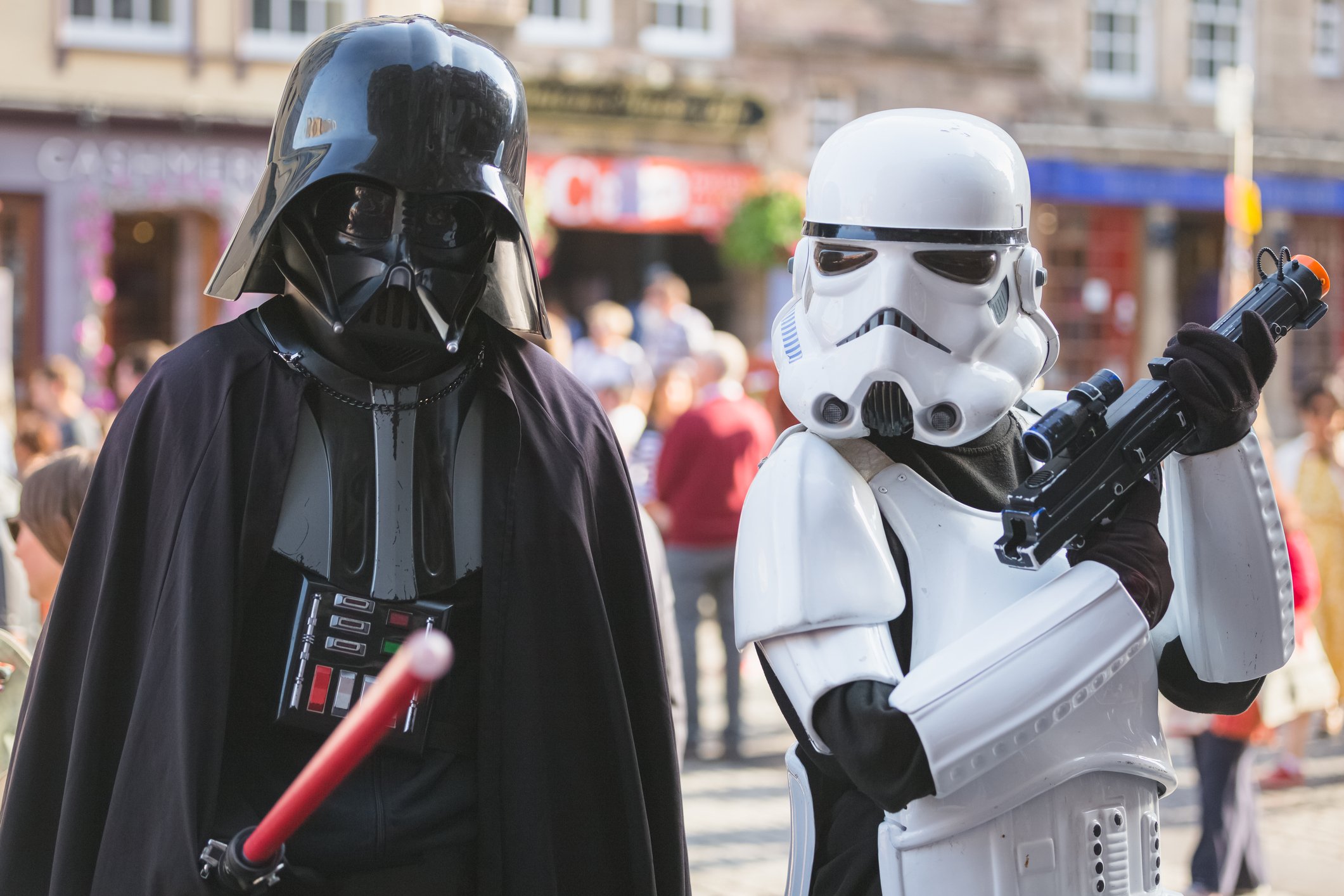 Submitted by an Adult Adoptee

Rey’s journey begins with the stereotypical Hollywood backstory. Orphaned (more or less), not sure who her parents are, taking care of herself. While we all have traumatic experiences in our history, I find it interesting how Hollywood takes them, boils them down, simplifies them and continues to lazily repack the same narrative, cheapening it as they go.

I understand why they do it. They want you to empathize with the hero. Everyone likes an underdog. Unfortunately, the irony when it comes to real life is that it’s these same backgrounds that often damn a young person to being stigmatized and judged.

While I will definitely do my best not to spoil anything I don’t have to, I will have to get into specifics with Rey’s revealed past in order to have this discussion, so you have been warned. Spoilers ahead.

My favourite moment from the trilogy is the end, when someone asks Rey who she is and she says. “Skywalker, Rey Skywalker”

As someone whose adoption meant relinquishing the past, I gave up a lot to get the coveted ‘new beginnings’ and ‘better outcomes’ for a child from foster care. While I am grateful for everything my adoptive family has done for me, it comes with a price and trauma which still deserves a reckoning and remains largely unacknowledged.

When I came to live with my adoptive family, it meant living a half-life.

While I continued to have a relationship with my birth family, my birth sibling who lived in the same home was not afforded the same right. Living with someone that had a closed adoption meant that I had to filter what I said. The words mom and dad were eliminated from my vocabulary (I called my adoptive parents by name as I was already a teenager and that was what made me comfortable).

That meant any time I was leaving to see my mom I was ‘just going out’. When we were sitting around the table talking about fond memories and childhood experiences I had little that I could share without divulging the history that was now meant to be kept secret in my own home.

Without an understanding of ACEs, developmental trauma, or the deep wounds that adoption and permanency journey’s come from, this may be a difficult thing to comprehend. Suffice it to say, the gravity of my self-editing, secrecy and demands that I leave some of the biggest parts of my life out was enough to give me an anxiety disorder.

So, when Rey has this moment of identity on screen, that comes from her, where she lays claim to who she is and who she wants to be…for me it is a powerful moment. Especially after we have watched her struggle with a dark past and unknowns over the course of three movies.

If you didn’t watch the movies here is the summary. In Rise of Skywalker, Rey learns that her biological grandfather is Emperor Palpatine, also known as the biggest bad – he made Darth Vader into who he was (remember when I mentioned repackaging the same narratives *cough* Luke discovers Darth Vader is his father *cough*?). Over the course of her life (as we see on screen) she has fought the darkness inside of her to carve a new path for herself. When she claims the name Skywalker she is accepting and taking ownership over one of the biggest, most positive influences of her life Leia, Luke Skywalker’s sister and the rebellion she has come to love – her chosen family.

She is forging a path for herself that Luke Skywalker helped her to see through his tutelage of her. In that moment, it’s her choice and she chooses this family that came to her by other means than birth.

Watching Rey embrace her chosen family is why I love it so much. It’s a reminder that identity is in part – who and what we choose to be, not just where we came from. That we have more family and influences than just those that are biological. While biological and original families hold great importance in our narratives (which is also represented in this movie) we can carve new paths for ourselves based on the experiences we’ve had, who has been there to guide them and ultimately who we choose to be.

This is something I wasn’t able to do when adoption meant constantly hovering a red pen over my narrative.

This choice was made for me when I was told that my relationship with my biological parents had to happen in secret. While it has been common practice to expect children to move on and into a new family, we are learning now with such clarity that this practice is not helpful and can be incredibly painful and traumatizing. So while this was done with the best interest to protect my younger sibling from painful beginnings and ‘complicated’ histories, to help them settle into a new life – it was in fact a barrier for me taking ownership over my identity. Both in the past with my biological parents and with my new family through adoption.

While I cannot speak for my sibling, I imagine it will be a barrier for them to.

Yet, when we are so blinded by our own deep trauma and insecurities…we can’t see this. It was my family through adoption that asked me to keep this secret life and a shared past from my sister. It was my parents through adoption that gave me the red pen, changing who I was allowed to be in my own home. It was conditional to our relationship; it was conditional to keeping my sibling in my life. After so much loss – was there ever really any other choice?

It is with this deep understanding and frustration that I share the most ironic part of this reflection on Rey’s moment of claiming her identity with you.

It was my adoptive parents that told me this was their least favourite part of the movie. Why? Because ‘Rey shouldn’t have felt that she had to reject her family and her history like that’ as I was told.

I was so shocked, I almost laughed. Instead, I continued in the silence that was requested of me when our relationship began.

Please contact us if you have questions or want to discuss anything you’ve read or seen on our website further. We are available to answer any questions and assist you with an adoption application, if needed. We will get back to you within three business days.